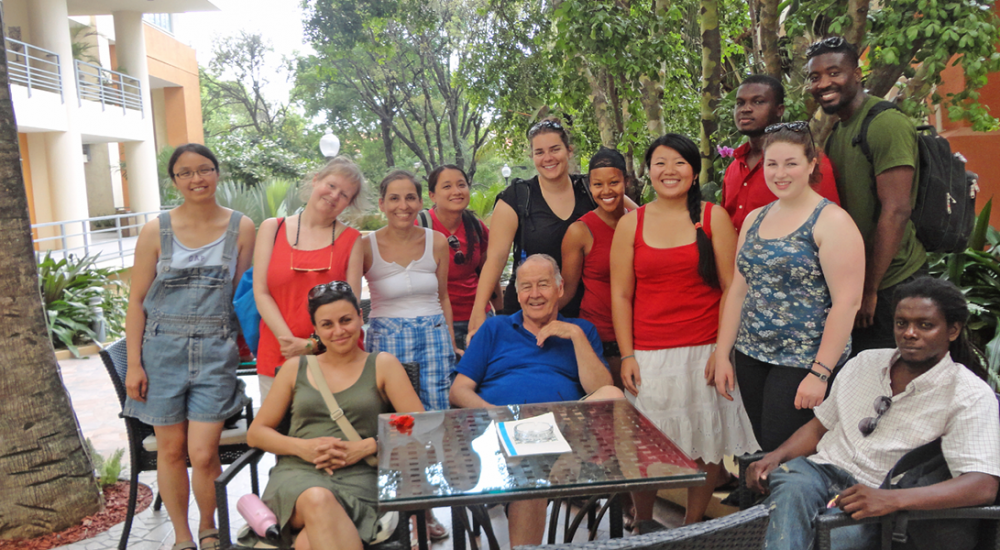 Third World Awareness began in 1989 with a meeting after school at Brother Edmund Rice Secondary School in the west end of Toronto (Read article: Chance meeting fosters).. That first meeting had 54 students expressing interest in working in the ghettoes of Kingston, Jamaica in the next March Break (March 1990).  The teacher’s idea was to have one trip for this particular group of students.  The group raised money for the trip by working at one of the many snack bars at the old C.N.E. Stadium.  We received 10% of the gross each night.  This was the beginning of eight trips to Kingston and one to Nicaragua.  The teacher retired in 1998 but through the urging of previous trip participants now in university the trips continued.  University students began to be the main body of travelers.  In 2003 we began to travel to Port Au Prince, Haiti to work among the poor and receive the richest education possible from them–The Education of the HEART.

In 2004 we applied for and received Official Charity Status from the federal government.  We were then able to raise more money and help the people of Haiti in more tangible ways.  However, the relationships between ourselves and those we help remain the most important aspect of the trips.

Throughout the years there are fewer university students and more working adults.  We continue to be open to people from all religious traditions or none, people of all political persuasions, and people with different personal motivations.

We remain very informal with a simple structure, good hearts and an awareness of what a privilege it is to receive the richness from these people that we try to help.

Give your possible involvement some deep thought!